ReServe, Inc. Launches in Miami (with photos from the event) 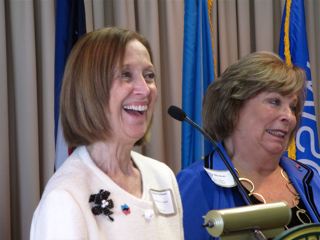 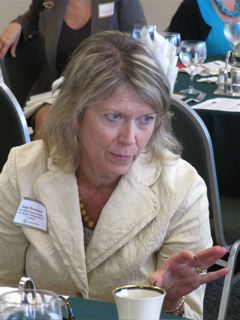 “With nearly 25% of Miami-Dade residents over 55, and a large number of nonprofit agencies
experiencing shrinking budgets, Miami will be able to harness this wealth of experience,” said Daniella Levine, president and CEO of Catalyst Miami.

ReServe Miami will allow ReServe to greatly expand its impact beyond New York City and promote the contributions of older Americans and the added value they can bring as a professional-quality “service corps.” In addition to matching ReServists to agencies in roles that capitalize on their career’s worth of skills, ReServe has also developed “social impact” initiatives that train ReServists for direct service such as helping under-served high school students get into college or guiding low-income older adults in self-managing their diabetes.

“ReServe has shown in New York that the experiences and skills of older adults constitute an abundance of talent, just waiting to be tapped, all over America. Miami is one of the most appropriate places to launch our very first affiliate and we’re thrilled to discover how quickly ReServists are already doing good, for the community – and for themselves,” said Jack Rosenthal, co-founder and Chairman of ReServe’s board, and the former president of the New York Times Foundation.

ReServe was founded in 2005 as an integrated response to two social and economic trends: 80 million
baby boomers were reaching traditional retirement age, while at the same time, non-profit organizations and public agencies faced challenges in their capacity to serve those in need. 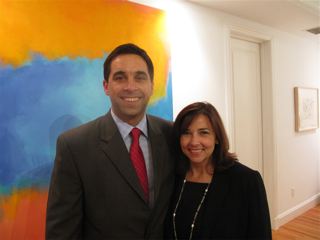 In 2009, The Atlantic Philanthropies awarded ReServe a $2 million, three-year grant to bring its model to other cities, of which Miami is the first to launch ReServe outside of New York City and Westchester County. ReServe will open affiliates in Baltimore, Milwaukee and Boston and a branch in Newark, NJ in the coming year. “National interest in ReServe’s strategy for civic engagement began almost immediately after its inception in New York six years ago. But Miami is the first to make it to the starting line,” said Mary S. Bleiberg, ReServe, Inc.’s executive director. “I am confident that ReServe Miami will quickly become a valued institution and critical element for social change in the Miami-Dade community.”

ReServe Miami is funded through the John S. and James L. Knight Foundation, The Miami Foundation and AmeriCorps, among other sources. “Engaged communities are essential to a healthy democracy. What better way to help keep people involved and connected in South Florida, than to call on people with the experience and interest to lead and serve,” said Matt Haggman, Miami program director for Knight Foundation.

To learn more, visit www.reserveinc.org/miami.
Posted by Caitlin at 10:13 AM