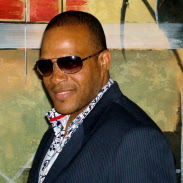 The Patxi Pastor Allstar Band promises to "lively up" the birthday party for Daniella Levine and Laura Levey this upcoming Saturday.
Alto Reed's most recognizable performances include the intro to the song, "Turn the Page" and his saxophone solo in "Old Time Rock 'n Roll."  Reed was inducted to the Rock 'n Roll Hall of Fame with the Bob Seger and the Silver Bullet Band in 2004.  The Ventures, also known as, "Rock & Roll's Greatest Guitar Band," invited him to perform on one of TV's Greatest Theme Songs, "Hawaii 50", for their induction ceremony into the Rock & Roll Hall of Fame.  He has worked during his career with artists including George Thorogood, Otis Rush, Grand Funk, Spencer Davis, and Foghat.
Leroy Romans is an owner at LSR production, music producer at Fuller Sound Mastering, and musician for The Original Wailers and Maxi Priest.  He has created music, samples and tracks for today's popular artists like P.Diddy, Rihanna, and Pitbull.  He has collaborated on a number of successful albums, among them, the Grammy-nominated, "Third World." 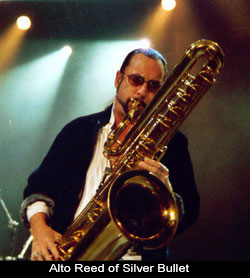 Leroy has aligned a team of professional partners including Artists, Musicians, Film Makers, Marketing Professionals, and I.T. Specialists with the purpose of creating and forming a series of companies that will promote his brand and services to a continually larger audience.  These companies have advanced the thing he loves most about the music industry: the ability to advocate a strong voice within communities, give back, and making a difference through his music.
Join the Catalyst Miami staff along with the Patxi Pastor AllStar Band on Saturday to celebrate the birthdays of  Daniella Levine and Laura Levey from  6 - 11pm  at the home of Laura and Lewis Levey, 4777 Pinetree Drive, Miami Beach. Come and enjoy great paella, drinks and music on Saturday -- July 16th!  In lieu of a birthday present, Daniella and Laura appreciate your gifts to Catalyst Miami:  NICE gifts of $50, GREAT gifts of $75 and AWESOME gifts of $100.  Please RSVP and make your GIFT donations online NOW at www.hscdade.org